Separated from their families by the civil war in Sierra Leone, two little girls with the first name of Mabinty were placed in an orphanage and became very best friends.  The friends became sisters in June 1999, when they were four years old and adopted by the same American family.  Because of the confusion of having two little girls with the same name, their adoptive parents changed their names to Mia DePrince and Michaela DePrince.

The two sisters did everything together, including taking ballet and piano lessons, but soon their different personalities emerged.  Unlike Michaela, Mia’s passion was not ballet.  Mia fell in love with the piano in the living room of her parents’ home, and the oboe in the orchestra pit at the ballet.  Her dream was to make music and sing, while Michaela’s dream was to dance.  Consequently, Mia DePrince is now a musician and singer/songwriter, while Michaela is a professional ballerina.

Because of the ballet documentary, FIRST POSITION, Michaela became well known while Mia remained in her shadow.  Whenever Mia attended one of Michaela’s performances, it was not unusual for someone to approach her and ask, “What is it like to have such a talented sister?”  No one outside of her family knew that Mia, who sang, composed music, played the piano, oboe, English horn, alto saxophone and Spanish guitar, was equally talented…until NOW!

MEET MIA AT ONE OF HER UPCOMING EVENTS

Mia... in New York City at the Greene Space at WNYC and WQXR performing live, one of her original songs, 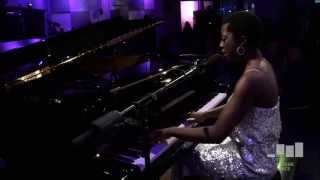 Mia...  on bullying and suicide